Choose the appropriate model year for the Chevrolet Equinox you are trying to find the oil type & capacity for from the list below. 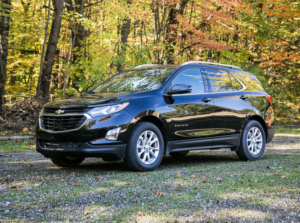 You can find 25 different trims for the Chevrolet Equinox and their corresponding recommended oil type.

The years available stretch from 2005 through to 2022 and to view the oil type and capacity you just click to expand.

The Chevrolet Equinox started life as a mid-size SUV back when it was introduced in 2005 before being reclassified in 2018 as a compact crossover SUV.

It also goes by the name Pontiac Torrent being sold by its sister brand also owned by General Motors.

While the Saturn brand was selling cars pre-2010 they also had a version they sold called the Vue.

In 2010 the car entered into its second generation and although the platform was the same the car was refined to provide a firmer ride.

Underneath this new model was a chassis shared by many other GM brand cars such as the Cadillac SRX.

Then in 2018, the Equinox transitioned into its third generation where the larger displacement engines were removed from the order sheet in favor of smaller ones.

A new 9-speed fuel-efficient transmission helped drivers make the most out of every gallon of fuel in their tank.

All of these changes over the years have helped push the Chevrolet Equinox sales further with new records being hit almost every year.