Choose the appropriate model year for the Chevrolet Malibu you are trying to find the oil type & capacity for from the list below. You can find 24 different trims for the Chevrolet Malibu and their corresponding recommended oil type.

The years available stretch from 1999 through to 2023 and to view the oil type and capacity you just click to expand.

First hitting the showrooms in the golden years of motoring alongside legends such as the Ford Mustang and the Camaro is the Chevrolet Malibu.

It has gone through 9 generations of redesign and during those 60 or so years, it has retained its classification as a mid-size car.

Originally the Malibu was a luxury trim for the Chevelle model but due to its popularity, it became its own model less than 10 years later.

In the early years of the car's life, it was offered as a station wagon layout if preferred due to the popularity of these models, this was scrapped in the fifth generation in 1997 but revived in the sixth generation.

Assembly of the Malibu had always taken place in North America until 2013 when the production was scattered across the globe in locations including China, Russia and South Korea.

With opportunities appearing in developing markets American automobile manufacturers have had to adapt their offerings to penetrate these new regions.

So not only did the plants open in these new areas the engine line-up was also tweaked to incorporate smaller displacement engines with turbo-chargers to appeal to countries that tax imported cars based on their engine size.

A range of diesel and manual options were also added that prove popular with many regions outside the USA for the first time.

With the release of the sixth-generation Chevrolet Malibu, the options were reduced but the company focused on what worked best across the world.

Underneath the latest 6th generation version of the car is a platform shared with the Buick Regal and Cadillac XT4. 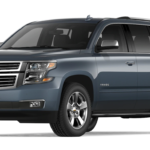 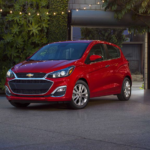 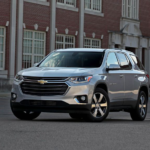