Choose the appropriate model year for the Infiniti Q30 you are trying to find the oil type & capacity for from the list below. 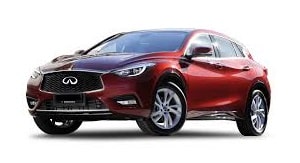 You can find 10 different trims for the Infiniti Q30 and their corresponding recommended oil type.

The years available stretch from 2015 through to 2022 and to view the oil type and capacity you just click to expand.

A subcompact executive car created by a division of Nissan between 2016 and 2019, the Q30 was designed by Executive design director Alfonso Albaisa.

Similar to the Mercedes A-Class, this car was a result of a partnership between Nissan, Renault and Mercedes meaning that many of these vehicles had the same technology predominantly offered by the latter.

First shown at the Frankfurt Motor Show in 2013 as a concept car, the Q30 lowered the production model and revised it to give the appearance of a sporty vehicle. Most of the technology was supplied by Mercedes except for the Infiniti InTouch, a system that provides on-demand traffic reports coupled with an advanced satellite navigation system.

Other cars to share the Infiniti InTouch are the Nissan Cedric, Nissan Gloria, Nissan President, Nissan Cima and Nissan Elgrand.

Updates worked slightly differently in these vehicles, using the car's own internet connection via the Telematics control unit, maps can automatically be updated instead of the need to visit a dealership.

With the mission statement, ‘passion, precision and provocation’ the car designers created a smooth aesthetic that was in direct contrast to other similar models of the time.

Units were manufactured at the Nissan Plant in Sunderland, UK but the head office remained in Yokohama in Japan.

Built primarily for long journeys, efforts were made to champion comfort with extra support built into the car seats. Each car came with sound-canceling speakers, tablet-style touch screen and a 2-liter sport diesel engine. 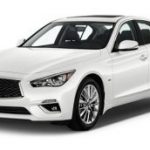 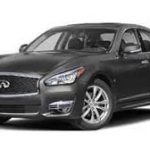 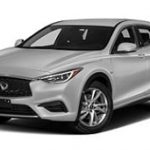