Choose the appropriate model year for the Volkswagen Golf Plus you are trying to find the oil type & capacity for from the list below. 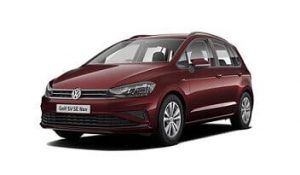 You can find 39 different trims for the Volkswagen Golf Plus and their corresponding recommended oil type.

The years available stretch from 2005 through to 2014 and to view the oil type and capacity you just click to expand.

The VW Golf Plus, also known as the Volkswagen CrossGolf variant in 2006, is a 5-seater compact MPV built between 2004 and 2014. The main idea behind the Golf Plus was to provide a smaller, more compact alternative to the larger 7-seater VW Touran, while at the same time giving a roomier alternative to the standard Golf hatchback.

When designing the VW Golf Plus, Volkswagen used the Golf Mk5 design as the basis, and the PQ35 platform. In 2006, VW released a new appearance package badged as the Volkswagen CrossGolf. When put on sale between 2004 and 2014, the Golf Plus was sold alongside the other Golf models.

All VW Golf Plus models conform to a single model generation, but there was a key facelift in December 2008 that went on sale for the 2009 model year. After being facelifted, the rear end of the vehicle retained much of the same design, but the car received the ParkAssist feature to help with parallel parking, and a rear-view camera was added as an option. The facelifted version was stylistically more aligned to the Golf Mk6, where previously the Mk5 was the design base.

Volkswagen offered a number of options when it came to powertrains on the VW Golf Plus, though of course not all engine options were available at the same time. Engine power ranged from 74 to 168-hp for gasoline engines, and 89-138-hp for diesel engines. Average fuel economy across the range was about 49-mpg, and there was at least one variant made that used LPG (BiFuel).

Sales were initially quite strong in Europe, quickly breaching 100,000 units in 2005 and through 2007, remaining fairly pleasing until about 2012 when the model went into some decline. The model was eventually replaced with the Golf Sportsvan, which itself was built on the then newer MQB platform. 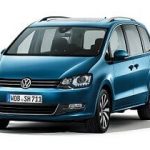 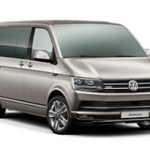