You can find 20 different trims for the Audi Q7 and their corresponding recommended oil type.

The years available stretch from 2006 through to 2020 and to view the oil type and capacity you just click to expand.

The Audi Q7 is a luxury mid-size SUV built by the German carmaker since late 2005.

Production takes place in several factories placed strategically around the world including India, Russia and Slovakia.

Inside the car is seating for 7 passengers including the driver with modern technology such as an infotainment center and pedestrian detection.

Under the hood is the choice of an engine from a vast catalog ranging from a modest 2 litre turbo-charged gasoline (on the most recent version) through to a performance-centric 6 litre gasoline V12 (2008-2012).

Audi Q7’s compete against other luxury SUV’s such as the BMW X7 and the Lexus RX, a category of car that boasts off-road capability with an abundance of comfort and safety features in a great-looking body.

Looking at the sub-brands of Audi you can also find the same platform underneath some surprising sister models among their range.

Other cars that use the Q7 chassis include the Bentley Bentayga, the Lamborghini Urus, the Porsche Cayenne and an entry-level version: the Volkswagen Touareg.

Unsurprisingly for such a big and expensive car, the safety ratings from Euro NCAP have always been excellent.

The addition of the latest safety technologies and its quality of build and design has earned it a 5 out of 5 stars for all 3 generations. 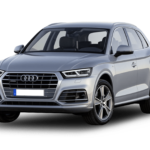 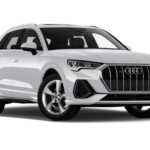 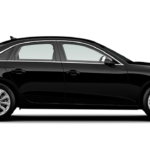 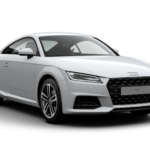