Choose the appropriate model year for the Ford Edge you are trying to find the oil type & capacity for from the list below. 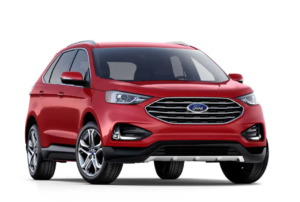 You can find 37 different trims for the Ford Edge and their corresponding recommended oil type.

The years available stretch from 2006 through to 2023 and to view the oil type and capacity you just click to expand.

Underneath the Ford Edge, you will find the same platform as many other popular crossover SUVs on the market such as:

As well as several others over the years that the chassis has been under joint development by Mazda, Ford and several Ford sub-brands.

All examples of the Ford Edge are built by the company themselves in Canada in the same plant that produces the Lincoln Nautilus.

The first examples of the Edge appeared in 2006 in Detroit at the North American International Auto Show with the first of the cars hitting the roads in the 2007 model year.

Engines for the original first-generation cars were split between a 4-cylinder turbocharged gasoline option or a 3.5/3.7-liter gasoline V6 mated to an automatic 6-speed transmission.

When the second generation became available to customers in 2015 a diesel option was added as well as a larger 3.5 liter V6 gasoline power plant.

Sales have steadily increased over the years helped by new iterations improving the car and the push into Australia and New Zealand (where the car is called the Ford Endura).

2019 saw the addition of many new safety technologies for the car as well as a slight face-lift and an ST performance trim. 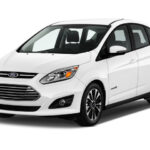