Choose the appropriate model year for the Ford F-150 you are trying to find the oil type & capacity for from the list below. 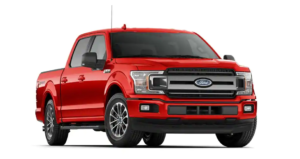 You can find 87 different trims for the Ford F-150 and their corresponding recommended oil type.

Ford’s iconic truck series goes all the way back to 1948 as a customer vehicle. Before that, and during the Second World War was known simply as the Ford Pickup.

For the past 40 or more years, it has been known as America’s best-selling pickup truck.

Big sales mean big profits, and Ford and America have cashed in on the F-Series truck, especially the F-150, with the series contributing around $49 billion to the national GDP in 2019.

If the F-150 isn't quite big enough for your needs then you can find a range of larger models available with vast customization options such as the F-250 and F-350.

Currently, in its 14th generation, the F-150 features a huge range of engine options, which has been another key to success.

The 2021 model year didn’t see a new F-150 Raptor, but it’s all in anticipation of the new as-yet-unnamed all-electric F-150, which is preparing to do battle with the upcoming GMC Hummer EV and the Tesla Cybertruck.

What people always love about the F-150, besides classic looks, is the power and torque. Its top engines can generate up to 400hp and 500lb-ft of torque.

These are trucks that are truly built to serve the American way of life.

Though nothing like a hybrid car, it still manages up to 24mpg in the city and on the highway, which makes it fairly economical for its category.

The F-150 has come in a number of special editions over the years, including many which are still available like the King Ranch and Platinum. 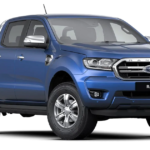