Choose the appropriate model year for the Nissan Rogue you are trying to find the oil type & capacity for from the list below. 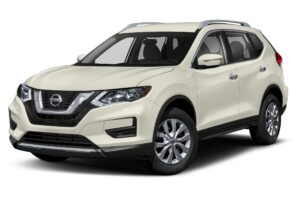 You can find 30 different trims for the Nissan Rogue and their corresponding recommended oil type.

The years available stretch from 2008 through to 2023 and to view the oil type and capacity you just click to expand.

Production of the Nissan Rogue began in 2007 with customers getting delivery of the first examples a year later in 2008.

Over the 3 generations of redesign, the compact crossover SUV has gone from strength to strength with global sales climbing considerably each year.

The latest version that was introduced in 2020 is sold as the X-Trail everywhere but in the United States.

Safety scores for the car are almost 5 out of 5 across all disciplines, an important factor for a small family car such as this.

When the second generation model came onto the market in 2013 customers found they now had the option for a third row of seating and 7 seats.

Another important feature to some that were introduced in the second generation was the ability for the compact crossover SUV to have a permanent AWD drive-train.

Transmission options were limited to just the one in the second and third (current) generation - a CVT - which drivers seem to either love or hate.

Safety was also improved from 2013 onward with almost all disciplines now achieving a "good" rating.

For the 2017 model year, the Nissan Qashqai started offering a budget version that was called the Rogue Sport - available as a front-wheel or all-wheel drive. 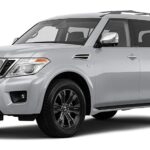 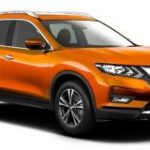