Choose the appropriate model year for the BMW X3 you are trying to find the oil type & capacity for from the list below. You can find 93 different trims for the BMW X3 and their corresponding recommended oil type.

Beginning production in 2003 the car was a big hit right away as those who liked the larger X5 model could finally justify buying their own smaller version.

Engine choices on offer were noticeably smaller than the X5 though this helped the car appeal to buyers who typically used a mid-size car (like the 3-Series) before.

Underneath the car is the same chassis as the 3-Series model though slightly up-rated to cope with the increased weight from the heavier SUV body.

With the introduction of the second-generation X3 in 2011 sales switched from the downturn that they had entered during the global recession in 2008.

Ever since then the sales hit new records each year with 2018 setting a new record of just above 200,000 cars sold by BMW.

2020 saw the introduction of the iX3, an all-electric model from the German automobile manufacturer that won't be sold in the USA due to its limited range. 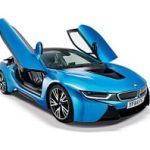 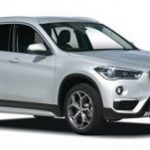