Choose the appropriate model year for the Fiat 500 you are trying to find the oil type & capacity for from the list below. 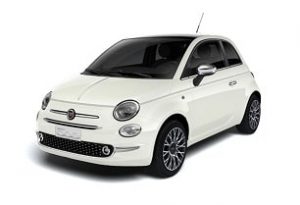 You can find 18 different trims for the Fiat 500 and their corresponding recommended oil type.

An Italian icon, the Fiat 500 began sales in 1957 and after an impressive run was retired nearly 20 years later only to see an incredibly popular revival in 2007.

As a 4 seat family car, it is small but hugely practical, Fiat built this little car as either a two-door saloon or station wagon, the former more common than the latter.

Enjoying large sales across the whole of Europe, Fiat discontinued the vehicle only to replace it with the much less popular Fiat 126.

Assembled and manufactured in Poland in its earlier years, this continued when production began again in 2007.

Impressively, Fiat was able to keep the recognizable shape despite new safety rules and regulations (a feat not achieved quite so well on cars like the Renault Twingo). The revival followed a trend of the time where older iconic cars were being brought up to date and sold to a brand new generation, other companies to do this was Volkswagen with the Beetle and BMW with the Mini.

Sales were recorded in 100 countries including America with Fiat reaching 2 million units within the first 10 years.

Winning 40 major awards, such as Car Magazines ‘car of the year,’ and ‘the world's most beautiful car,’ the Fiat 500 remained a strong favorite for city and town drivers.

A semi-convertible option was introduced with a cloth roof that could fold all the way down, followed by the production of the Abarth 500.

The Abarth 500 version was a performance car, with a turbocharged and intercooled 1.4-liter Fire i4 Petrol engine.

In 2013, Fiat created a battery electric version which was shown first at the Los Angeles Auto Show and in 2016 the 500 underwent a minor facelift with changes made to the grille, headlights and rear lights (changing to daytime running). 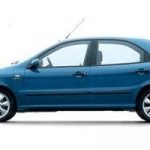 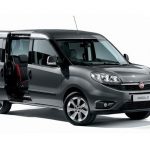 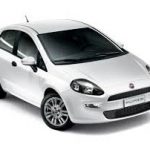