Choose the appropriate model year for the GMC Acadia you are trying to find the oil type & capacity for from the list below.

You can find 41 different trims for the GMC Acadia and their corresponding recommended oil type.

Currently, in its second generation of design, the GMC Acadia is a full-size cross-over-utility (CUV) built and sold in the USA.

When production began back in 2006 the American automobile manufacturer decided to reduce the risk and release the car under several other brands they owned.

You will find the Acadia being sold also as the Chevrolet Traverse and Buick Enclave with varying levels of features and luxury.

GMC's aim was to replace many aging models across their various brands with one vehicle they could focus their resources on developing.

Many of their SUV-orientated models that were starting to lose sales included the Hummer H3, GMC Safari and the Pontiac Montana.

Resources needed to be pooled in order to compete with the strong offerings coming from other manufacturers such as the Ford Explorer and Jeep Grand Cherokee.

When the second generation model began arriving at customers' front doors in 2017 it was obvious that the shared platform was no longer being used.

New Acadia's sported their own platform shared only with Chevrolet Blazer and Cadillac XT5.

Customers and motoring publications were delighted with the changes and so the CUV experienced record sales for the next few years. 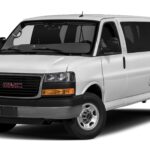 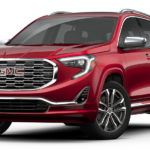