General Motors is a holding company for Chevrolet, Buick and Cadillac but does sell some of its own lines. For these in-house lines, you can find the corresponding oil types used in their engines on this page.

Browse by GMC Model (3 in total)

On the GMC Acadia page you can find the oil type and volume values we store for that particular car. 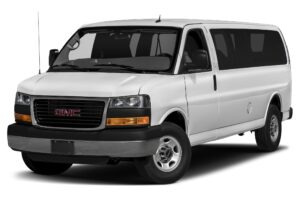 On the GMC Savana Passenger page you can find the oil type and volume values we store for that particular car. 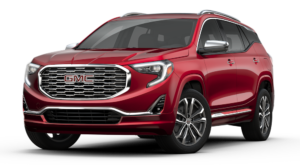 On the GMC Terrain page you can find the oil type and volume values we store for that particular car.

GMC, formerly known as General Motors Truck Company and/or the GMC Truck & Coach Division, is a part of the General Motors company that, as the former names suggest, focuses primarily on trucks, SUVs and other utility vehicles. Part of their production line in the past has included fire trucks, ambulances, RVs, buses, and even military vehicles.

In terms of placement within the larger GM family, GMC vehicles are generally positioned as a more premium offering than a Chevrolet, typically placed and sold alongside Buick vehicles. Among their highest-level trims and newest products are the Denali line, and the much-anticipated GMC Hummer EV.

Like many American car companies, GMC traces its origins back to Michigan in the early 20th century, where it was founded initially by brothers Max and Morris Grabowsky. In 1916, GMC was showcasing the durability and reliability of their trucks in demonstrations of cross-country driving. One truck made it from Seattle to New York City in just 30 days.

GMC’s connection with Chevrolet cars is important and certainly not coincidental, since the two have been platform sharing since at least 1920. The bodies and construction of the vehicles shared many components, but with GMC models just getting upgraded grilles and badging at first. Over the years, however, the divergence became larger, with GMCs acting as more upgraded models.

The GMC lineup today is fairly eclectic, including trucks, vans, and SUVs. Among them are many familiar and well-loved vehicle marques such as the Sierra and Canyon trucks, and the above-mentioned Hummer EV, not to mention the Savana van, and Yukon, Acadia, and Terrain SUV models.

Among their models, the GMC Sierra is the brand’s current best-selling model in the US, competing with the incredibly popular Ford F-150 series, not to mention fellow GM models and others.