Choose the appropriate model year for the Hyundai Venue you are trying to find the oil type & capacity for from the list below. 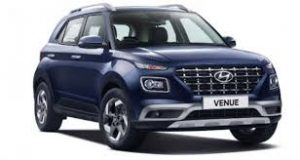 You can find 1 different trims for the Hyundai Venue and their corresponding recommended oil type.

The years available stretch from 2019 through to 2023 and to view the oil type and capacity you just click to expand.

The Hyundai Venue is a subcompact SUV crossover model made for both the South Korean and Indian markets, where it is known as the QX and QXi respectively. The Venue badge is applied to the North American version of the vehicle, as well as the Australian version. There is currently no model made for Europe, where instead the Hyundai Bayon is marketed in the same slot.

The Venue was first launched back in 2019 for the 2020 model year, and has already had its first facelift in 2022. The latest version brings connected tail lamps, as well as connectivity with Amazon Alexa and Google Assistant, as well as some new drive modes and other features.

For its powertrain, the Hyundai Venue features a 121-hp 1.6-liter gasoline straight-four engine, part of the Smart Stream engine series. This engine is paired with either a 6-speed manual transmission for the base-level SE trim, but an intelligent variable transmission (IVT) on other rim levels. As one might expect in the North American market, there wasn’t much demand for the manual transmission, and so it was dropped from the lineup in 2021.

Following its 2022 facelift, the Venue continues to get strong reviews, including an 8/10 from prominent platform Car and Driver. The 2023 model year edition has an estimated starting price at just $21,000, making it certainly one of the best-value SUVs anywhere on the market. It competes in a fierce marketplace, facing up against the Mazda CX-30, Volkswagen Taos, and others.

New models include a now much sought-after rear-seat alert --- an attractive family car feature --- that tells front-seat passengers when passengers or items might have been left on the back seat. It comes in three trim levels: SE, SEL (from $23,000), and Limited (from $24,000).

Another attractive family-friendly feature in this age of fluctuating gas prices is the fuel economy. The Venue can achieve about 29-mpg in the city and 33-mpg on the highway, which isn’t the very best, but certainly respectable. 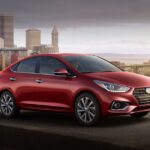 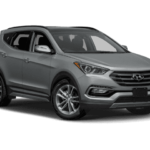 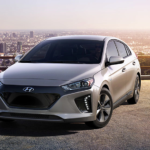