Choose the appropriate model year for the Peugeot 206 you are trying to find the oil type & capacity for from the list below. 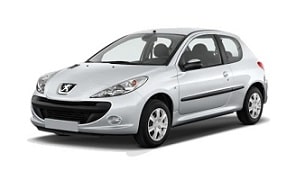 You can find 29 different trims for the Peugeot 206 and their corresponding recommended oil type.

The years available stretch from 1998 through to 2014 and to view the oil type and capacity you just click to expand.

A supermini car built by the French automaker Peugeot, the 206 was a popular little town car sold onwards from 1998.

Replacing the 205, the 206 was first created as a hatchback, closely followed by the rather fetching-looking coupe cabriolet.

Competition at the time came from a number of small cars such as the Nissan Micra, Ford Figaro, Mitsubishi Colt, Toyota Yaris and the Honda Jazz.

Both a sedan and station wagon joined the lineup, following the success of the other two variants.

In total, 6.3 billion francs were spent on the design and development of the 206 with a number of engine sizes available including 1.4-liter, 1.1-liter and a-1.6 liter petrol in addition to a 1.9-liter turbodiesel.

The GTi Peugeot 206 RC was a version created predominantly for performance, this little powerhouse could reach 60 miles per hour in a little over 7 seconds.

Peugeot enjoyed a number of successes with the 206, winning car of the year in the UK and best selling car in Europe between 2001 and 2003, by 2005 a whopping 5 million 206s had been sold, including a number of limited and special editions:

After rigorous safety tests undertaken by Euro NCAP, the 206 received 4 stars for adult safety (out of a possible 5) and just 2 stars for pedestrians.

At the time of the 206s release, Peugeot released a popular marketing campaign in which it shows the protagonist beating and manipulating his old car (in some cases with an elephant) until the lines were smoothed out into the shape of a new 206. 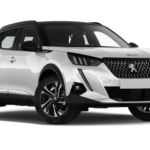 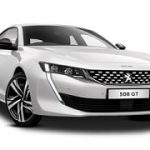 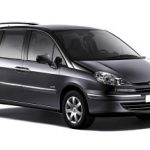