Choose the appropriate model year for the Toyota Yaris you are trying to find the oil type & capacity for from the list below. 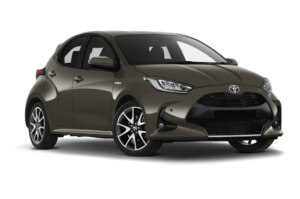 You can find 14 different trims for the Toyota Yaris and their corresponding recommended oil type.

The years available stretch from 2007 through to 2022 and to view the oil type and capacity you just click to expand.

The Yaris has been another long-lived smash hit from Toyota, gaining popularity not only in the US to a decent degree, but in many other countries and regions.

By early 2020, cumulative sales had already reached some 8.71 million units.

It has had some other names in alternative markets, such as the Vitz and Platz in Japan, as well as the Vios in Asia, and Echo in Australia.

The car gets its name from "Charis" which comes from Charites, the Greek goddesses representing charm and beauty.

In 2020, the Yaris moved into its fourth generation, which is sold as either a 5-door or a 3-door hatchback.

It’s powered by a 1.0L, 1.5L or 1.6L engine and comes with a lithium-ion hybrid option, too, which is pretty typical when it comes to Toyota models.

Markets in Japan, Europe, Oceania South Africa and Southeast Asia even get a taste of a performance-oriented model, the GR (Gazoo Racing) Yaris.

The car is classed as a subcompact (or supermini) like the Ford Fiesta and appeals to many drivers who want a cheap runaround with basic features and performance.

Americans continue to love the car for its top safety and reliability ratings, as well as its affordability and efficiency.

The interiors are comfortable, with Toyota’s brand of elegant simplicity and easy-to-maintain feel.

It never quite made the grade sales-wise in the US to be chosen as a model to be made in the country, with most production happening in Japan at first, and then France after 2013.