Choose the appropriate model year for the Toyota 4Runner you are trying to find the oil type & capacity for from the list below. 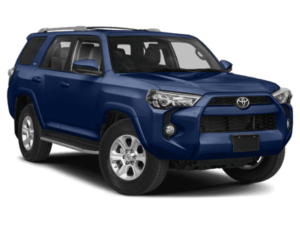 You can find 70 different trims for the Toyota 4Runner and their corresponding recommended oil type.

Originally the Toyota 4Runner was classified as a compact SUV but during its redesign in 1995, it reappeared as a mid-size SUV.

Compact SUVs were popular in the mid-1980s when the first examples of this car were seen on the road alongside others like the original Ford Bronco.

Essentially the first 4Runner's were a Toyota Hilux pickup truck with a roof over the back, seats in the bed and stiffened rear suspension to deal with the additional load.

Over the next 2 generations of design, the SUV moved away from being a pickup truck with a roof over the top and optimized to deal with passengers rather than cargo.

Those changes aided comfort to those inside the car but the increased demand on space saw the car grow considerably although the improved sales stats showed that this was the way to go.

Today the 4Runner is in its fifth generation of design (which hit the roads in 2009) and has been awarded a "good" safety rating for everything but the small overlap frontal test which it scored a "marginal".

Underneath the new models of the SUV is the same chassis that is used for the quirky FJ Cruiser and engine/transmission options are fairly limited.