Choose the appropriate model year for the Kia Rio you are trying to find the oil type & capacity for from the list below. 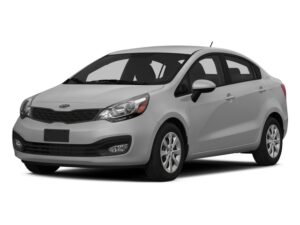 You can find 14 different trims for the Kia Rio and their corresponding recommended oil type.

The years available stretch from 2000 through to 2023 and to view the oil type and capacity you just click to expand.

Classed as a subcompact car like the Ford Fiesta and the Toyota Yaris is the Kia Rio, first put on sale back in late 1999.

It was introduced to replace the Pride and Avella models that were quickly losing their appeal in the fast-changing automobile market.

This new Rio was much more aerodynamic and available as a sedan or station wagon layout with a manual or automatic transmission.

Kia was known for its cheaper cars and this was no exception, serving as the lowest-priced car on the market at the time it came out in North America.

With the introduction of the second generation model in 2005 the car was slightly smaller and this time based on the Hyundai Accent.

It was sold as a hatchback layout now with an optional sedan-style boot.

The 2 South-Korean automobile manufacturers had recently started working together on platforms as Hyundai started buying up a minority share in Kia.

Safety ratings of the second generation model were poor and the choice of engine was restricted.

When car buyers found a third generation in showrooms in 2011 things had changed drastically for the Rio.

New tests done by IIHS and Euro NCAP found the car to be a much safer one scoring 4 out 5 with IIHS and 5 out of 5 stars with Euro NCAP.

Engine choices were now varied with gasoline or turbo-diesel options mated to either a 4/6 speed automatic or 5-speed manual transmission.

The most recent version of the Rio is the fourth generation that was released in 2017 and is available as a crossover model too, called the Tonic - available in some regions. 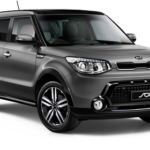