Choose the appropriate model year for the Mazda Mazda5 you are trying to find the oil type & capacity for from the list below.

You can find 12 different trims for the Mazda Mazda5 and their corresponding recommended oil type.

The years available stretch from 2005 through to 2015 and to view the oil type and capacity you just click to expand.

The Mazda Premacy is sold outside of Japan as the Mazda5 and was even sold in Asian markets by Ford as the MAV.

Customers were able to opt for a 2 or 3-row vehicle sporting 5 or 7 seats with the introduction of the first generation.

When the second generation hit showrooms American customers found it turned into a 3 row 6 seat car (though buyers outside of the USA could opt for seven seats still).

All versions of the second generation Mazda5 sold around the world featured versatile fold-down seating to turn the car into a practical van for transporting cargo.

When the car was first introduced in 1999 engine choices were fairly restricted to a 1.8 gasoline or a 2 liter diesel engine with Chinese buyers able to get a 1.6 gasoline option.

With the introduction of the second generation, a new larger engine option was added to help sales in the USA as well as a set of new, more modern transmissions.

Underneath the second generation was the same chassis used by the later Ford Focus's and Mazda3.

In 2010 the third generation evolution of the Mazda5 added new environmentally-friendly engines to the roster mated to more advanced gearboxes.

As demand faded for the car worldwide and buyers flocked to crossover SUVs the model was discontinued in 2018. 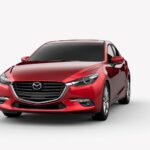 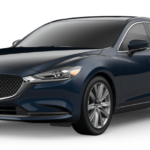 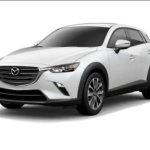