Choose the appropriate model year for the Nissan Pathfinder you are trying to find the oil type & capacity for from the list below. 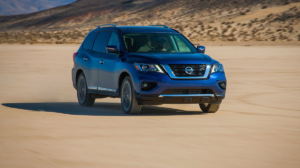 You can find 39 different trims for the Nissan Pathfinder and their corresponding recommended oil type.

The years available stretch from 1996 through to 2022 and to view the oil type and capacity you just click to expand.

The Nissan Pathfinder is classed as an SUV and serves as both a workhorse for commercial use and as a reliable domestic vehicle with plenty of cargo/passenger space.

You can find the first Pathfinder on the markets in the mid-1980s when it was released as a Nissan Hardbody Truck modified to allow passengers to sit in the rear.

This model was brought in to compete against a new growing market segment dominated by Jeep Cherokee and Honda Passport.

Consumers now wanted a vehicle that could perform like an off-roader while transporting their family and their stuff around with ease.

With each new release from Nissan, they continue the tradition of basing the Pathfinder on the flagship pickup truck platform.

That was the case until 2013 when the SUV has shifted away onto a platform designed more for cars, the room inside the car was still plentiful but it lost much of its off-road ability.

Customers now wanted a lighter frame and were not so focused on the off-road capability - a change that helped sales rocket and almost doubles in a year.

Now the Nissan pathfinder shares its platform with the Nissan Maxima and Nissan Altima full-size cars. 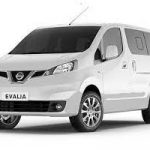