Choose the appropriate model year for the Toyota Matrix you are trying to find the oil type & capacity for from the list below. 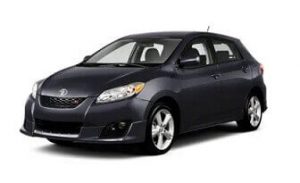 You can find 19 different trims for the Toyota Matrix and their corresponding recommended oil type.

The years available stretch from 2003 through to 2014 and to view the oil type and capacity you just click to expand.

The result of Toyota’s cooperation was the Toyota Matrix and the Pontiac Vibe, both of which were “twins” mechanically speaking, but with both making use of different sheet metal on the exterior trim design. While it was a compact hatchback car, Toyota marketed the car more as a “crossover utility vehicle” or CUV owing to its somewhat greater height and narrower dimensions that made it more like a wagon or SUV.

There were 2 generations of Matrix created, the first one produced from 2002 to 2008 with a facelift in 2005, and the second from 2008 to 2015. The second generation was produced in line with the 10th generation of the Toyota Corolla, and carried influences from that car.

While both generations of the Matrix achieved high scores on their NHTSA crash tests, they were still subject to recalls due to various mechanical issues. The first generation had problems with, among other things, the front doors and windows, and the second generation had to be recalled to replace the gas pedal and floor mat. There was also still a problem with the driver’s side window mechanism.

After sales started to decline after 2010, Toyota decided to discontinue the model in the US in 2013, and in Canada in 2014. After its discontinuation, no direct successor was named, with aspects of the Matrix design being incorporated in the later Toyota Corolla Hatchback.